Woman Wins $343.9 Million In Lottery – Donates Large Chunk Of It To Military Veterans 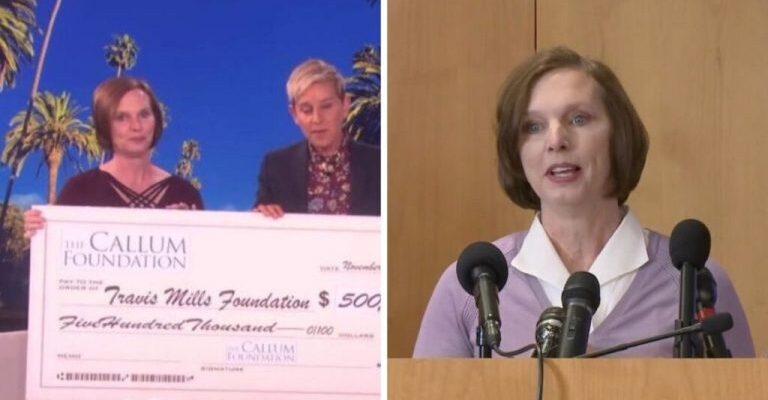 Lerynne, 51, recently won $343.9 million in a Powerball lottery, and she knew right away that she wanted to use her winnings to help others.
At a press conference after her win, Lerynne recounted how she almost lost her winning ticket!

“[It] started out like most other days, only it was kind of special for me because I had bought my first home,” she said. “I bought a home in Redfield, Iowa, and I was moving that day. Around noon-ish, the movers had left, my son-in-law had left and my sister was coming up to help me pack.”v

“I got my lottery tickets and we went back out to [my sister’s] truck,” she continued. “I kind of just set those down at the foot in my purse — or so I thought — and didn’t think of them again until Sunday morning.”

The tickets ended up falling out of her purse and remaining on the floor of her sister’s truck! When the numbers were announced, Lerynne knew that she had won the jackpot, but she didn’t have the ticket!

“I told my sister to get in her truck and get that ticket and get up here right now! And, drive slow,” Lerynne recounted.
Lerynne made it clear in her press conference that she planned to use her winnings to help others.
“I want you to know that as I stand here today I know the responsibility that I have to do good with this money,” she said with tears in her eyes. “My life has changed forever. I plan to make thoughtful and responsible decisions on giving to my friends, my family and setting up so that my grandchildren will all have a college education.”

As the daughter of a veteran of the Vietnam War, Lerynne knew right away that she wanted to help veterans. That’s why she immediately pledged to donate $500,000 of her winnings to The Travis Mills Foundation, which helps veterans and their families through “long-term programs that help these heroic men and women overcome physical obstacles, strengthen their families, and provide well-deserved rest and relaxation.”

Lerynne revealed her plans to donate to this foundation during an appearance on “The Ellen Degeneres Show.”

“It’s very important to me that we never forget the sacrifices soldiers and their family members make for our country,” Lerynne said.

Lerynne has suddenly found herself in a position of privilege, and she wants to spread her newfound wealth around as much as possible. We would like to thank her for the astounding generosity that she is showing!