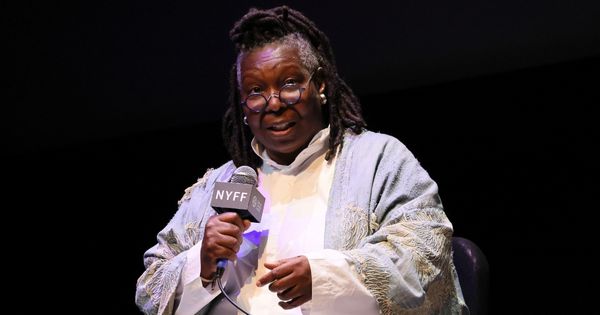 Too many blue-check celebs, alas, are finding out the hard way that nobody on the social media media platform is going to be devastated when they call it quits. The latest is Whoopi Goldberg, who called the platform “a mess” since Elon Musk took over. On Monday night, she deleted her account.

Goldberg — once an actual movie star and Academy Award winner but now basically only known for her punditry aboard “The View” — announced her departure on the show Monday.

“It’s been a little over a week since Elon Musk took over Twitter, and the place is a mess,” she said.

“I’m getting off today because I just feel like, you know, it’s so messy, and I’m tired of now having had certain kinds of attitudes blocked now getting back on. So I’m gonna get out, and if it settles down enough and I feel more comfortable, maybe I’ll come back. But as of tonight, I’m done with Twitter.”

Now, it’s worth noting there’s no evidence that anything has changed in terms of Twitter’s moderation policies since Musk took over — but never mind, because that’s not why so many people are loudly announcing that they’re leaving the platform.

The problem is that, in order to successfully rage-quit social media, you have to have someone who’s going to miss you. As the user who reposted Whoopi’s goodbye tweet noted, she’d been “ratioed” on her way out the door. The term refers to any tweet that gets far more responses than likes — a sign that the message was distinctly unpopular.

As Scott “ThePersistence” Presler noted, this was a was hardly a big loss, considering this was a woman who once thought that “Dr.” Jill Biden — whose “doctor” honorific comes from the fact she has an Ed.D degree — would make a great surgeon general.

And, as LifeNews’ official account noted, there seems to be a significant overlap between the kind of people who announce they’re deleting their Twitter account after Elon takes over and those who say they’re leaving for Canada if a Republican gets elected president.

The mere fact that these people are fleeing Twitter just because Musk has promised freer speech on the platform tells us how strong their opinions really are. As long as they can utter them without any opposition, fine. But once conservatives are able to compete in an open marketplace of ideas, it becomes a cesspool.

Never mind that Whoopi already presides over a cesspool of facile shouting every day on “The View.” But apparently, Twitter is just too much for her delicate sensibilities. More’s the pity.

And yes, some stars have left the platform — although not as many as you’d be led to believe. The five names The Hollywood Reporter was able to come up with consisted of not-relevant-in-forever singers Sara Bareilles and Toni Braxton, TV producers Ken Olin and Shonda Rhimes and model Gigi Hadid.

The only reason I’ve heard of all five of those is because I went to school with one of Olin’s kids, otherwise I’d be clueless to his existence. There are a few more than that, of course — but the fact is, if that’s the murder’s row of departing Twitterers the Reporter was able to come up with, that doesn’t bespeak of a real exodus of talent from the platform. Rhimes and Hadid are the only two individuals who are still at relative career peaks, and it’s not as if either one is well-known as a social media wit.

Among the other Twitter quitters were pro wrestler Mick Foley, the I’m-sure-she’s-starred-in-something-recently actress Téa Leoni and Alex Winter.

Alex Winter, you ask? Yeah, he’s the “Bill” in “Bill & Ted’s Excellent Adventure.” Ted — whatever happened to him, anyway? — doesn’t appear to have a Twitter account. Shame, because he could have milked its deletion for a little bit of publicity. Heaven knows the poor chap could use it.

Whatever the case, Whoopi remains the biggest name to have abandoned Twitter because she might have to deal with opposing viewpoints. And, surprise of surprises, nobody missed her.

For everyone else in Hollywood contemplating loudly announcing that they’re leaving the platform now that Musk is in charge, be careful: The attention you end up getting may not be the attention you wanted.