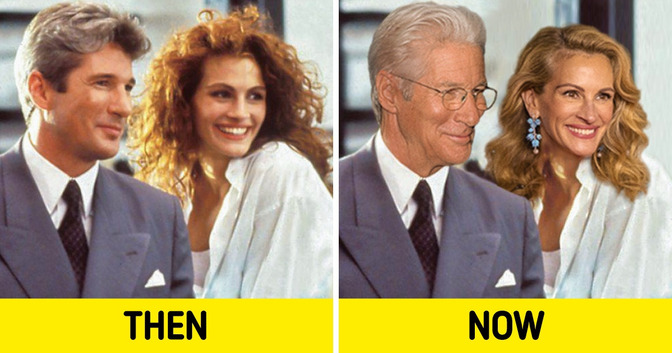 Iconic movies oftentimes owe a big part of their success to the talent of great actors who played in them. That’s why when we think about cinematic masterpieces, we struggle to imagine them being shot with different actors playing the main roles. However, it would be curious to see what the same movies would look like today with the same cast.

We at Now I’ve Seen Everything decided to see what would happen if the same actors who played in different well-known movies participated in the remakes now.

2.Michael J. Fox and Christopher Lloyd in Back to the Future

3. Jim Carrey and Kate Winslet in Eternal Sunshine of the Spotless Mind

5. Brendan Fraser and Rachel Weisz in The Mummy

8. Scott Glenn and Jodie Foster in The Silence of the Lambs