Tim Allen Gets The Last Laugh As ‘Lightyear’ Flops Without Him 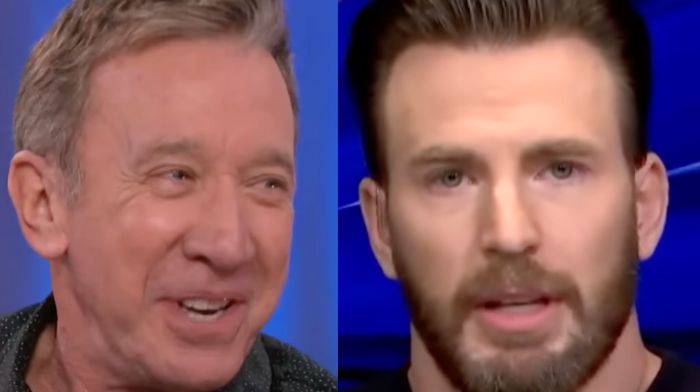 Tim Allen has to feel kind of good to see that “Lightyear” flopped with Chris Evans who replaced him.

Last week, we reported on the backlash over Disney replacing Tim Allen, who originated the role of Buzz Lightyear, with Chris Evans in the new movie Lightyear. Now, Allen is getting the last laugh, as Lightyear has flopped at the box office after it came out on Friday.

But first, check out a trailer for Lightyear below.

Lightyear fr has one of the best movie trailers of all time. It had no right to go this hard pic.twitter.com/EiYsMM4NFF

ightyear Flops
Though experts had expected Lightyear to make $70 to $85 million domestically, it only made a measly $51 million across the U.S. and Canada, according to NBC News. In contrast, Toy Story 4 made $120.9 million in its opening weekend when it came out in June of 2019.

Variety reported that Lightyear wasn’t even able to beat Jurassic World: Dominion, which was the top movie of the weekend, making $58.6 million in North America. The production value of Lightyear was $200 million before marketing, so it has quite a ways to go before it even breaks even.

This came after Disney replaced Allen, who has been open about his conservative views in the past, with the “woke” leftwing star Chris Evans in the role of Buzz Lightyear. The film’s director Angus MacLane had previously tried to defend this recasting.

“Tim’s version of Buzz is a little goofier and is a little dumber, and so he is the comic relief,” he said, according to Cinema Blend. “In this film, Buzz is the action hero. He’s serious and ambitious and funny, but not in a goofy way that would undercut the drama. Chris Evans has the gravitas and that movie-star quality that our character needed to separate” him and the movie from Tim’s version of the toy in Toy Story.”

Perhaps now he’s realized just what a mistake this really was! Lightyear producer Galyn Susman has also publicly given her thoughts on the recasting.

“Tim Allen is Buzz Lightyear the toy,” she said during a recent press conference. “We weren’t making a Toy Story movie. We’re making Buzz Lightyear’s movie. And so first and foremost, we just needed a different person playing that Lightyear, separate from the toy.”

Evans Sounds Off On Allen
As for Evans, he made an effort to honor Allen amidst the backlash.

“The reason we’re doing this movie is because Tim Allen made such an iconic impact,” Evans told USA Today. “Not only would you be a fool to not take his interpretation because it worked so well, but the truth is this character is in fact the human version of that toy, so there does need to be overlap in terms of their cadence and nature.”‘