London’s St. Pancras International Station features a solitary piano, donated by Elton John, ready to be played by anyone who wishes. This piano has fallen into the hands of many people who have known how to make something special out of the moment.
A couple of days ago a video of a boy playing the piano went viral and has moved the whole world. In the video, the boy was about to start playing a melody when two gentlemen interrupted him to ask him to play Queen’s “Bohemian Raphsody” song. It turns out that in addition to being a great pianist, Cole Lam is a 12-year-old prodigy who is passionate about music, as he is also a singer-songwriter.

The viewers were really moved by the boy’s playing, it seemed that he played so naturally and skilfully that if you closed your eyes you could imagine being in another dimension. The passion with which the boy played the piano was something worth admiring, he had put his whole soul into the song; which made several of those who were witnessing the act decide to start recording to share it on their social networks.

The pair of men who had asked the boy to play the song were completely delighted with the boy’s performance and couldn’t stop smiling in appreciation of his talent.
Cole commented that he already planned to play that song and that being asked for it was a very funny and kind thing. The video was also uploaded by Cole, who often performs in public places and records himself to share his talent on his YouTube channel. 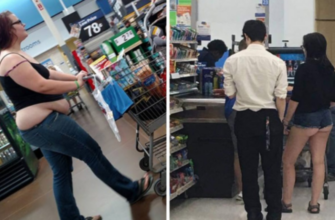 Madness in the USA: a photo selection of different shoppers in supermarkets
Nowadays, we are used to seeing all sorts of people
01k.