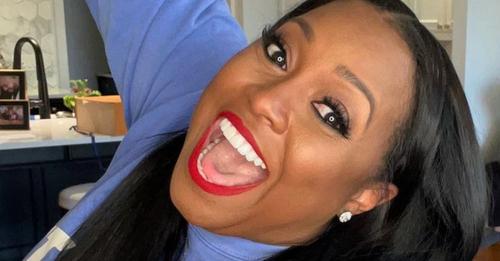 The Cosby Show’s Keshia Knight Pulliam and Brad James’ family is growing. The actress announced on Dec. 1 she is expecting a baby. Scroll on to look back at her journey.

Keshia Knight Pulliam is about to take on a new role: mother of two.

The Cosby Show actress is pregnant and expecting a baby with husband Brad James. While the little one will be the couple’s first, Keshia is already mom to daughter Ella, 5, who she shares with her ex Ed Hartwell.

“Oh Baby Baby!!” the 43-year-old wrote in part of a Dec. 1 Instagram post that showed her baring her baby bump as she smiled alongside Brad at the Tamron Hall Show and Salt-N-Pepa’s “Push It” played in the background. “Baby James coming 2023!!”

During her appearance on the show, Keshia shared why she’d initially kept the news private.

“Not that I’ve been trying to hide it,” she told Tamron Hall. “But when you’ve had a miscarriage, when you’ve gone through his journey, you want to just enjoy this moment and want to make sure that everything is OK. So, we haven’t been hiding it. I’ve been walking, and doing and living life. But in terms of making an announcement, we just haven’t done that.”

As Keshia noted, she’s shared her journey before, including in the documentary Eggs Over Easy: Black Women & Fertility, where she recalled her decision to freeze her eggs.

“Literally the week that I was supposed to start my shots, COVID-19 hit, and I was unable to move forward with my egg retrieval, or just the whole process because as you know you have to do the shots, the hormones and all these different things,” she said in the OWN doc, which premiered in January. “But it was literally within two to three days I was supposed to start my medicines.”

Keshia’s pregnancy news comes a little more than a year after she and Brad, who appeared in the 2019 movie Pride & Prejudice: Atlanta together, tied the knot in September 2021.

“My husband, best friend, baby daddy and so much more!!” she captioned a birthday Instagram tribute to the actor in July. “There is no one else I want to do life with.”