The community of South Bristol, New York, flew into a frenzy after news broke that a two-year-old girl had gone missing. The child was nowhere to be found and had seemingly wandered off into the deep dark woods of the New York community. Because the little girl was loved by so many people, state troopers got to work trying to find the missing child before some harm came to her.

In charge of the search party was New York State Trooper Brian Hotchkiss. He was leading men and women in a desperate search to find the little two-year-old girl before the sunset and temperatures started dropping. People thought the girl had gotten lost in the woods, which would also expose her to possible dangers from critters that make it their home. 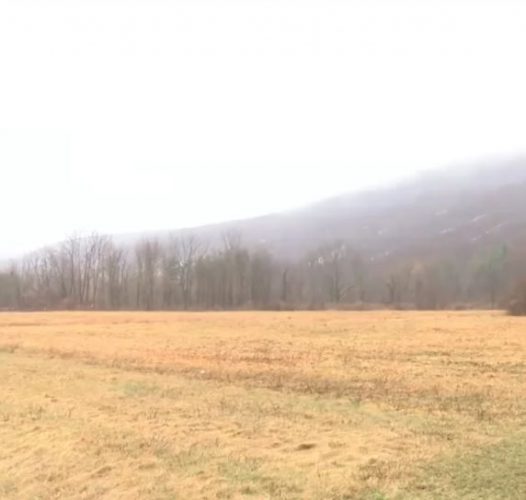 Before heading into the deep woods, Trooper Hotchkiss and his team knocked on doors across the community. Unfortunately, this did not bear fruit as no one had seen the missing child and had no idea where she could have gone off to. As the sun began to set, Trooper Hotchkiss knew that time was running out before the girl was at risk of freezing to death overnight or getting attacked by a wild animal. He also knew that the longer it took the search team to find the missing girl, the more likely it was that she would never be found – or would be found after it was too late to help her return to her family. 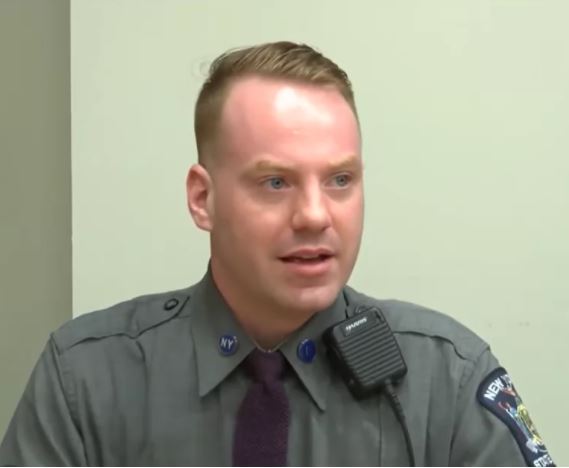 As time was running out, Trooper Hotchkiss got an idea. He decided to climb a mountain that was about thirty minutes from the last known location of the missing girl. The trooper struggled up the side of the mountain. When he reached the top, he was “winded” and could only see the brown and green of trees in every direction. 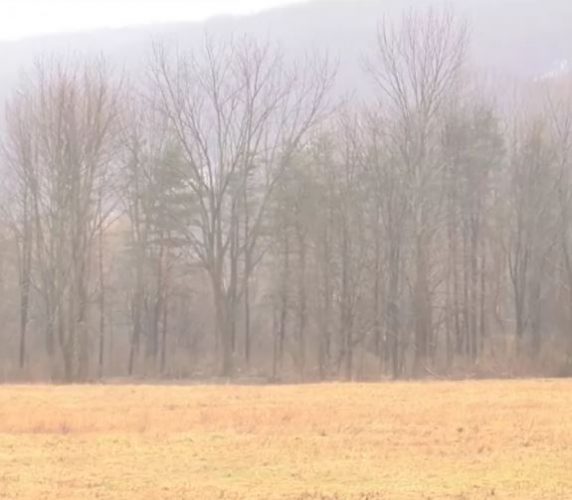 Then he noticed something out of the ordinary. He spotted a pink dot in the distance. He hoped beyond hope that it was the coat of the little girl. He ran toward the pink dot as fast as he could. As he drew closer, he realized that the pink spot was not moving from its stationary place on a rock near a cold stream. His heart leaped into his throat when he realized it was the missing girl, and he hoped to God that she was uninjured.

“I followed the stream, and I located the child, she was lying on her stomach on a rock, and I ran over as quick as possible, and I saw her arm move, and I knew she was alive, and my heart just dropped. I was so excited, I ran up, and she hugged me immediately, she wouldn’t let go,” he said. 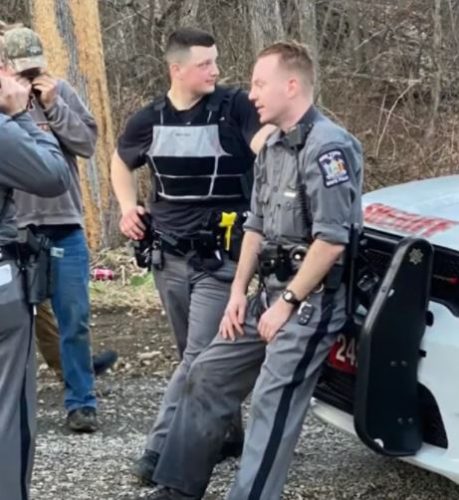 Without a doubt, the little girl was glad to see the rescuer. She clung to Trooper Hotchkiss as though her life depended upon it. In a way, she owed the man her life because he had taken a risk to climb the mountain ahead of sunset to see if the missing girl had somehow climbed it and gotten lost at the top. 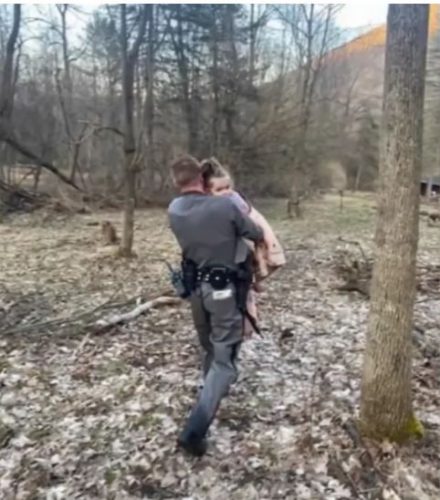 The girl was freezing cold when she was rescued, so one of the troopers wrapped her in a jacket. She was taken to the emergency room, where she underwent a checkup to make sure she had not been injured or suffered in any way. Thankfully, the hospital cleared her, and the little girl was able to return home to her family, where it was nice and warm.

As for Trooper Hotchkiss, he was left to reflect on his heroism of the day.

“I still can’t get that out of my head, her turning over and looking at me and throwing her hands up in the air. I’ll never forget that,” he said.

Every time you share an AWM story, you help build a home for a disabled veteran.