Skip to content
Home » Roseanne Barr Plots Her Revenge, Wants To Take Down Everyone Involved With ‘The Conners’

Roseanne Barr Plots Her Revenge, Wants To Take Down Everyone Involved With ‘The Conners’ 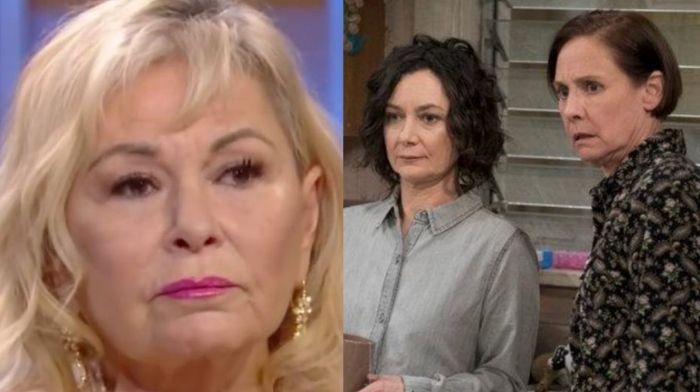 Roseanne Barr has announced that she is out for revenge against everyone involved with “The Conners,” as they all “f— over” her.

Roseanne Barr Plans Revenge
In a new interview on the web series “Quarantined with Norm Macdonald,” Barr talked about what she wants to do to everyone involved with “The Conners.”

“I have the time now to research and come up with the perfect lawsuit. **** over everybody in the ******* world over there.”

ABC fired Barr for a tweet she made about Valerie Jarrett. Jarret was one of Barack Obama’s former advisors. And, the reboot of the sitcom “Roseanne” was cancelled by ABC in May of 2018.

Months later, the spinoff “The Conners” premiered featuring the entire cast and crew of “Roseanne,” minus Barr.

Needless to say, this was a major stab in the back for Barr from people whose success she had effectively created with her long running sitcom.

John Goodman, Laurie Metcalf, and Sara Gilbert star in “The Conners.” The series ran for two seasons on ABC. It has yet to be renewed for a possible third season.

During this same interview, Barr also revealed what she believes is the conspiracy theory behind coronavirus.

“You know what it is, Norm? I think they’re just trying to get rid of all my generation,” Barr said. “The boomer ladies that, you know, that inherited their, you know, are widows. They inherited the money so they got to go wherever the money is and figure out a way to get it from people.”

Macdonald, a former “Saturday Night Live” star, seemed to agree with her in part.

“Because there’s so many boomers that have money and do no work,” he said. “So if you got them out of society— that would be a good thriller.”

Barr told Macdonald that she is currently in quarantine in Hawaii. She said most people have been practicing social distancing and are “doing what they are supposed to.”

It Would Be Different If Barr Was A Liberal
What happened to Barr in 2018 was absolutely despicable. It’s hard not to hope that she gets some kind of revenge over the former cast and network that hung her out to dry.

Her tweet about Jarrett may have had some offensive aspects to it, but she should not have had to pay for it by being blacklisted for years to come, and possibly for the rest of her life.

It’s obvious that if Barr was a liberal who had posted something “offensive” on Twitter, she would have been forgiven by Hollywood a long time ago.

However, since she’s a proud conservative who is unapologetic about her support for President Donald Trump, the liberals of Hollywood are loving to see her suffer.