Skip to content
Home » Richard Thomas, John-Boy from ‘The Waltons,’ raised seven beautiful children including a set of triplets

Richard Thomas, John-Boy from ‘The Waltons,’ raised seven beautiful children including a set of triplets 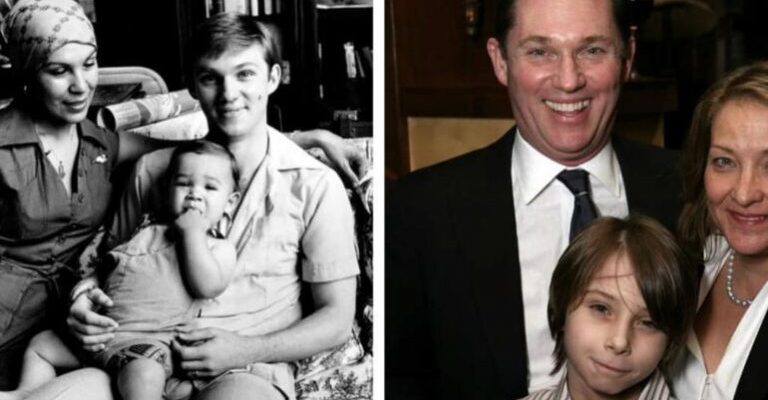 Most know Richard Thomas as John-Boy from the 1970s historical drama, The Waltons. The series followed a large family living in Virginia during the Great Depression and World War II.

While making a name for himself after starring on The Waltons, he married Alma Gonzales. The two met while he was filming the hit TV show, and they got married in 1975. The following year they had their first child together, a son Richard Francisco.

But three weeks before her due date, while Thomas was finishing a seven-month run in the play Fifth of July, he received a call from his wife. Her doctor had found a third heartbeat.

“There are three of them. They’re coming out tomorrow, so get here.”

He told his stage manager and then flew home to be with his wife as she gave birth to their children.

Barbara, Gwyneth, and Pilar were born the following day. 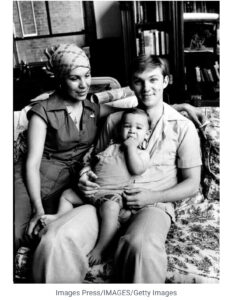 Suddenly their family of three jumped to a family of six.

“We’re a less mobile family now,” Thomas told People after the birth of his three daughters. He also added that any future jobs “will have to know they’re hiring a family unit. I don’t travel with a hairdresser or private secretary, but my family comes with me, and that’s important.”

Unfortunately, in 1993, he and Gonzales divorced.

Meanwhile he met Georgiana Bischoff, an art dealer from Santa Fe, and the two married in 1994.

Bischoff had two children from two previous marriages, and then the couple welcomed a son Montana in 1996. 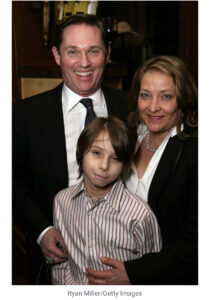 Suddenly, Thomas had his own big family just like the Waltons.

Please share with all the Richard Thomas fans you know!