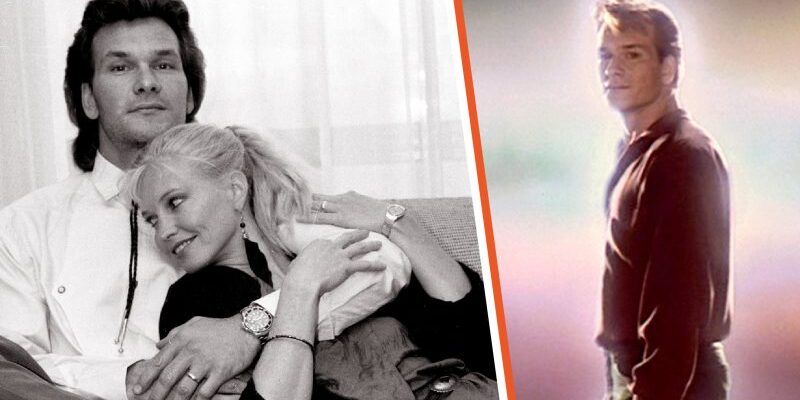 When Lisa Niemi’s husband, Patrick Swayze, passed on, she did not know how to move on. She had spent decades with her “angel” and could not get past his death. Years later, he appeared to her in her dreams and blessed her second marriage.

Actor Patrick Swayze and Lisa Niemi met as teenagers when Niemi took dance lessons from Swayze’s mother, Patsy. Niemi’s first impression of Swayze was that he was buff and tan with a dazzling smile. While she was a bit shy, she recalls him being confident and very popular.

They soon fell in love, but Niemi wanted to travel the world and dance before settling down. Nine months earlier, she had moved out of home and lived in a tiny one-bedroom apartment in New York with Swayze.

When Swayze introduced the topic of marriage, Niemi shied away. And when he asked when she thought they should get married, she tried to buy time, saying they would wed the following fall, a year and a half later. Disappointed, Swayze answered:

“I think if we’re going to do it, we should just do it right away. Like next month. What do you think?”

With a little more convincing, Niemi gave in, and in 1975, the two walked down the aisle. They made a vow to each other to stay together till death did them part.

They were married by the most excellent priest, Father Welch, a Swayze family friend. Patsy had done some musical theatre with him and often said he had a crazy sense of humor.

Niemi says that everything came alive whenever she looked into Swayze’s eyes. Still, their marriage was far from perfect and was marred with Swayze’s “demons” and alcohol abuse. Unable to cope, they broke up.

Swayze’s demons were too much for the lovebirds to stay together, but their love proved even stronger, and after a short while apart, they got back together. They had a good union before their joy came toppling down after Swayze was diagnosed with cancer.

On New Year’s 2008, Swayze and Niemi were visiting friends in Aspen, and everyone had raised their glass of champaign, ready for a toast. When Swayze swallowed his sip, he grimaced but kept mum. The same thing happened again throughout their trip.

Once they returned to Los Angeles a week later, he approached his wife and asked her if his eyes looked yellow. He had had a bad case of indigestion and barely ate anything for the last two or three days.

Niemi said they would see the doctor first thing the following morning, even as Swayze assured her there was no need to rush. However, Niemi was adamant and said:

The doctors discovered he had pancreatic cancer and feared it had spread to his other organs. He would need surgery because, as the doctor advised, that was his best chance at surviving.

Initially, the doctors gave him a few months to live as the disease was reportedly very aggressive. However, reports later claimed that despite the terrible diagnosis, the prognosis was optimistic.

All through his illness, Niemi stayed with him and never left his side. She cherished every day she spent with him and considered it a victory.

Even though doctors felt he could fight the disease, Swayze’s condition deteriorated. Niemi continued staying by his side, sleeping in his bed, hugging him, and holding his hand.