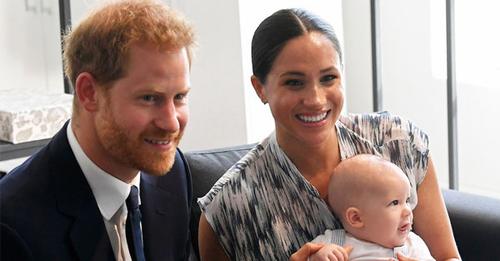 In Prince Harry and Meghan Markle’s new Netflix docuseries, the Duchess of Sussex shows their son Archie Harrison a picture of his late grandma Princess Diana. See the heartwarming moment.

In the first episode of the couple’s new docuseries Harry & Meghan, which premiered on Netflix Dec. 8, there’s a scene where the Duchess of Sussex is holding their son Archie Harrison and showing him a photograph of the Duke of Sussex’s late mother.

“Who is that?” Meghan, who also shares daughter Lilibet “Lili” Diana with Harry, asks Archie. “Hi grandma….That’s your grandma Diana.”

However, he didn’t want Meghan to experience the same fate that his mother did. So in 2020, they stepped back as working members of the royal family.

“I accept that there’ll be people around the world who fundamentally disagree with what I’ve done and how I’ve done it,” Harry said, “but I knew that I had to do everything I could to protect my family, especially with what happened to my mom. You know, I didn’t want history to repeat itself.”

“My mom did such a good job in trying to protect us,” he said. “She took it upon herself to basically confront these people.”

And Meghan and Harry try to protect their children’s privacy. “We’ve been really conscious of protecting our kids as best as we can,” she said, “and also understanding the role that they play in this really historical family.”

And if they do give the public peeks into their life, they want to do so on their terms. “As a dad and as parents, I think consent is a really key piece to this,” Harry said. “That if you have children, it should be your consent as to what you share.”