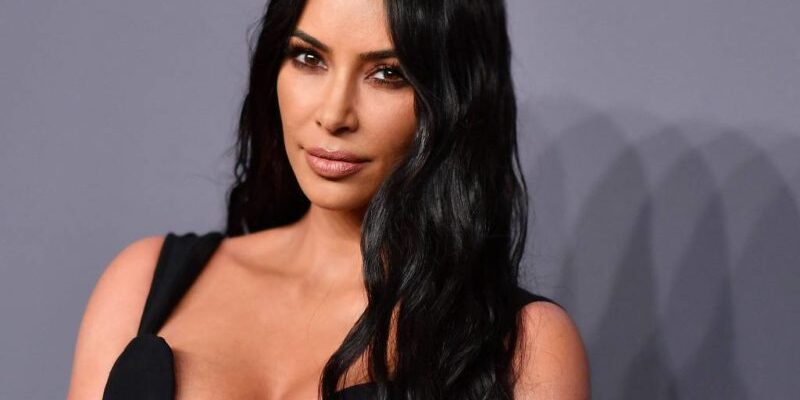 The Kardashians star isn’t waiting for the New Year to switch up her signature style, as she recently kissed her platinum blonde hair goodbye and debuted a fresh hair dye. While visiting Miami for Art Basel, Kim showcased her new honey-colored look.

While the SKKN founder kept her waist-length strands intact, her locks were coated in a golden brown shade and mixed with subtle brunette highlights. If anything, Kim seemingly channeled her sister, Khloe Kardashian, who is known for rocking this exact look.

Kim’s transformation comes courtesy of her go-to hairstylist, Chris Appleton, who shared an Instagram photo of her posing in a baby blue baby tee and black leather, low-rise pants.

MUA Michael Anthony also wrote, “Super hot! Love us some honey,” with one Instagram user adding, “I have been wanting this colour!”

Get a closer look at Kim’s new hairstyle below. Plus, keep on scrolling to see all of the other jaw-dropping beauty transformations from your favorite A-listers.

Jennifer Garner
The actress debuted a lob in the weeks before Thanksgiving 2022.

Robert Downey Jr.
just before Halloween 2022, the Iron Man actor had his two youngest sons, Exton and Avri, shave his head for his role on the HBO series The Sympathizer.

Ariana Grande
The “7 Rings” singer showed off her new blonde look in an Instagram photo posted on Oct. 26.

The rapper is officially a redhead! She debuted the fiery new ‘do at the Forbes 30 Under 30 Summit on Oct. 4.

“We were so excited to debut Kirsten‘s shortest haircut in 17 years,” hairstylist Marcus Francis said in a press release on Sept. 26. “We decided to keep the look classic and cool to match her new chic length, creating some natural bends to frame her face.” According to the beauty expert, the actress chopped off six inches of hair!

The Grey’s Anatomy alum debuted platinum blonde hair when he was honored as a Disney Legend at the D23 Expo on Sept. 9, 2022. According to the actor, he bleached his hair for a role in Michael Mann‘s Ferrari movie.