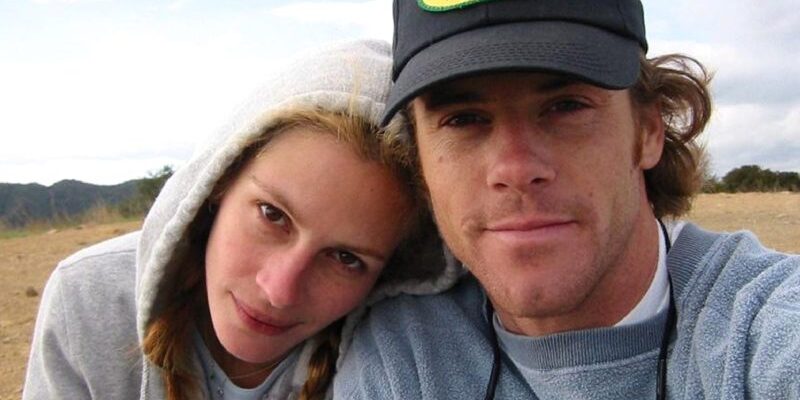 On November 28, 2022, Julia Roberts took to her Instagram account to share a rare photo of her twin children. In the cute throwback image, Hazel and Phinnaeus “Finn” Moder were seen as babies in the kitchen with their mother.Roberts had one of the twins in her hands while the other sat at a table with toys facing away from the camera.

Both children’s faces weren’t visible in the picture, with their mother revealing what special occasion had led to the post.The actress, 55 in November 2022, revealed in her post’s caption that her children had turned 18 before sharing her love for them. The “Ticket to Paradise” star and her husband, Danny Moder, welcomed their eldest children in 2004.

In 2007, the couple extended their family once again by welcoming their son, Henry Daniel, 15 in 2022. While she’s a fantastic actress, some people might doubt Roberts’ capabilities as a loving mother.

However, the star was as fierce with her parenting as she was with her acting. She took the role seriously and did everything she could to protect her offspring while remaining caring and loving towards them.

What Kind of Mother Is Julia?
During a 2019 interview, Roberts discussed her long-term marriage, 16 years long then, with Danny and their family. The “Pretty Woman” actress shared how they had three young children then.

She revealed how she was “careful” about turning the television on. The star confessed that raising children during the current times was interesting because everything was new, like the resources and pressures.

She noted how it was challenging to have the world in one’s hands. The “Ben is Back” actress also revealed how she tried to protect her children from specific exposures of the current times, writing:

“I try to keep them off social media because I don’t really understand what they need that for right now.”

The star and her husband had the task of raising the trio to learn how to deal with the anxieties brought on by technology while still being in the limelight. The couple decided that one way of doing this was to shield them by keeping them off social media and the spotlight.

While Roberts and her husband prefer keeping their offspring off social media, there have been occasions where they’ve both broken the rule. Once in a while, the couple allowed fans a peek at their trio.

How Do Julia’s Children Look Like Now?
Roberts’ 2022 post wasn’t the first time she and her husband visited social media to wish their twins a happy birthday and show off their children’s growth. In November 2021, Danny shared one of the clearest images of his twin children!

The cinematographer uploaded a photo of the duo sitting at the dining table while Hazel had breakfast. The children’s father noted how they turned 17 that day and thanked the “rabble-rousers” for helping him through the fatherhood journey.

The actress [Julia Roberts] noted how everyone appeared to be doing well and was happy.
In 2019, Roberts’ husband shared a family photo that included him, the twins, his wife, and Henry. The family looked happy and was all scrunched around Hazel to fit, with Danny sharing how they loved the actress, who was almost in the center of the photo.

In April 2022, the actress was interviewed and spoke about her twins going to college in the fall. She admitted to feeling lightheaded when she thought about it but said she was excited for the children.

Roberts noted how thrilling the transition was because she wasn’t lucky enough to have had the college experience. Seeing it happening to her children was fascinating for the star.

Danny’s wife also updated fans on her family’s life after relocating to northern California. She explained how they always felt like they were living outside of Los Angeles and thought the move had been great.

Roberts said moving three teenagers amid the was not for those faint of heart; however, they managed to pull it off. The actress noted how everyone appeared to be doing well and was happy.