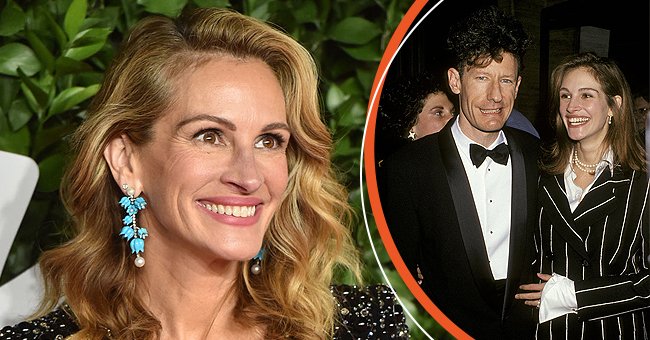 When Julia Roberts announced she would be marrying Lyle Lovett after just a few weeks of dating, it surprised everyone. But just as their courtship was short, so was their marriage.

Julia Roberts had a reputation for leaving relationships when things were about to get serious, so when it was announced she would be getting married to musician Lyle Lovett, it raised a couple of eyebrows.

They had been seen dancing in a Café where people suspected something special was happening between them, but no one predicted marriage.

The announcement looked even more bizarre because the pair had not dated for close to two months, and it was not long before people started predicting their marriage would not last.

Julia Roberts and Lyle Lovett’s romance started in New Orleans while the actress was shooting the movie “The Pelican Brief,” Lovett was also performing in the city.

The pair fell for each other instantly, and the singer could not believe how he felt at first. Not long after, they were seen at Café Brasil listening to an acoustic band called Orleans Klezmer All-Stars, which specializes in funky Jewish folk music.

The love birds were seen singing and dancing together, and people could tell something was going on between them. The pair surprised everyone when they decided to get married less than after beginning their relationship.

On June 27, in a Lutheran country church in Marion, Indiana, they exchanged marital vows. Roberts was walked down the aisle barefooted by her actor friend Barry Tubb who also carried white roses.

The new bride donned a simple short white wedding dress by Commes des Garçons that Lovett had bought for $2,000, coupled with a floor-length tulle scarf. The groom, on the other hand, wore a dark suit.

After being pronounced husband and wife, the couple could not make time for a honeymoon. Lovett performed that day and showed off his new wife while Roberts had to return to the set to continue filming “The Pelican Brief.”

Her co-stars were waiting for her, and when she arrived, they threw her a party and wore T-shirts with an inscription that read “Welcome Back, Mrs. Lovett,” and on the back, “He’s A Lovely Boy…But You Really Must Do Something About His Hair.”

Less than a year after marrying Lovett, Roberts was seen dancing very close to co-star Actor Ethan Hawke, and it sparked a lot of questions about the state of her marriage.

The actress had a reputation for getting into a relationship and leaving very quickly. A year after she broke up with actor Liam Neeson, the actress canceled her engagement to Dylan McDermott.

She called off her wedding to Actor Kiefer Sutherland two years later then went to Ireland with Sutherland’s friend Jason Patric shortly after.

Her reputation for switching lovers and the fact that she and Lovett lived in separate residences despite being married, plus often being seen without her wedding band, led to multiple questions.

She addressed these concerns by defending herself and claiming dancing with Hawke was not a crime and that reports claiming her marriage to Lovett was over were pathetic.

Roberts explained that people questioning her decision to dance with Hawke had nothing else to do. When the actress was asked if she liked her husband’s big hair, she replied that she loved it and it was not as big as people make it out to be.

She also praised Lovett for having the courage to marry her and called him a fantastic man. The actress also praised him for dealing with the scrutiny directed at him by the media.

Roberts explained that the pair pretended to be an average couple and would wake up and go about their business normally.

She also cooked turkey for his family when they came over during Thanksgiving. She explained people came up to congratulate them during their early morning walks down the sixth avenue.

A 68-year-old woman sang an old hit as the judges jumped out of their seats.
The heroine of our story today is Jenny Darren.
016.4k.