Skip to content
Home » Humble farmer refuses to bend his morals for “Shark Tank” judges, earns himself deal of a lifetime.

Humble farmer refuses to bend his morals for “Shark Tank” judges, earns himself deal of a lifetime. 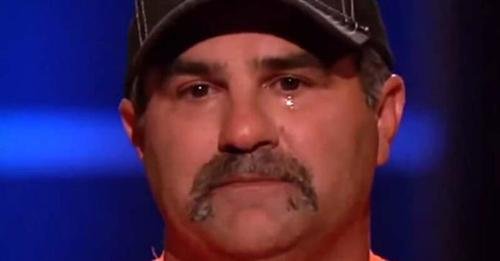 This guy has spirit and heart—and an idea that could make a positive impact on thousands of farmers across America.
Shark Tank and its British counterpart Dragon’s Den are reality shows which attract a huge number of viewers. Why? Because the concept behind the shows is fun, sometimes intense, and we never know the outcome when an innovator or a business person stands in front of the Sharks or the Dragons.

Whether they get the money or not depends on many things. The most important of all is the amount of money the investors expect to get once the business grows.

During an episode of Shark Tank, a humble farmer from Florida named Johnny Georges presented something unique and most likely life-changing for thousands of fellow farmers in America and all around the world.

Namely, Georges asked for a $150,000 investment in his company “Tree T-Pee.” He presented an invention that is a game-changer in plant irrigation and saves thousands of gallons of water for farmers every year. The only problem was that Georges spends $2.95 in order to produce a single item and then sells it for $4.50. This didn’t sound like a good investment for the Sharks who asked Georges to make the selling price $12.

Well, the issue with that number is that he didn’t want to overcharge for his product because he knows how hard farmers work in order to put food on everyone’s table.

Georges became nervous and tears started rolling down his face. He was convinced he would leave the show empty-handed, especially when one of the investors was out.

But then, another investor decided to give Georges the entire sum of money he requested. Not only because his invention was brilliant, but because they understood how much it meant to this humble and kind-hearted farmer.

George didn’t bend his morals for money, and he stood up for every farmer in the country. His act truly deserves all the praise.