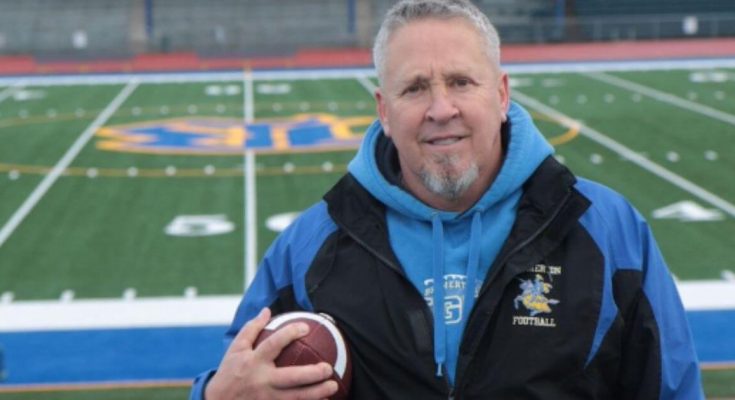 A Washington state high school football coach whose right to pray after games was endorsed by the U.S. Supreme Court will be returning to the school that fired him.

However, despite a timeline for the return of Joseph Kennedy, the former assistant coach of Bremerton High School’s football team, there are still some issues hanging fire, according to KOMO-TV in Seattle.

Kennedy lost his job in 2015, according to KING-TV, also a Seattle station. Kennedy had refused to abandon his practice of post-game prayer at the 50-yard line. Kennedy refused to take his firing quietly and launched lawsuits that eventually made it to the Supreme Court, resulting in a ruling in June that sided with him.

BREAKING: Kennedy to Be Reinstated as Coach After Supreme Court Winhttps://t.co/C1AnxeUFFv

On Tuesday, attorneys for the school district and Kennedy said they have agreed that Kennedy will return to his old job on or before March 15, according to the Kitsap Sun, a daily newspaper based in Bremerton.

Kennedy has to complete all of the standard procedures for being rehired.

“Bremerton School District shall not interfere with or prohibit Kennedy from offering a prayer consistent with the U.S. Supreme Court’s opinion,” a filing from the two sides said.

But the devil is in the details. How Kennedy’s prayer will take place still has to be worked out.

“The parties disagree on the specific wording of this portion of the injunction,” the filing stated.

Each side will submit its version of how Kennedy will be allowed to pray to the court by Nov. 8.

After losing his job, Kennedy eventually settled in Florida but will return to Bremerton, the largest city in Kitsap County, west of Seattle.

Kennedy had said his post-game prayer was “my covenant between me and God that after every game, win or lose, I’m going to do it right there on the field of battle,” according to ABC.

“The First Amendment is fine and well for everyone,” Kennedy said in June after the ruling.

He said he had never coerced any player or student to join him in prayer after games and it had always been a personal act of worship, even when others did decide to join him.

“I had a commitment with God that I’d give him thanks after every football game, win or lose,” Kennedy said. “And that’s the way I started out.”

“I had some kids that wanted to join, and they asked, and, of course, it’s a free country,” the coach said.

There is one other area of possible dispute – money. As noted by KOMO, Kennedy can claim fees and costs, which his lawyers have said could amount to $5.5 million. The school district has said it has not been given any documentation for that sum, the Kitsap Sun reported in September.

This article appeared originally on The Western Journal.