Skip to content
Home » Gravity destruction: Columbian acrobats did the unbelievable on America’s Got Talent

Gravity destruction: Columbian acrobats did the unbelievable on America’s Got Talent 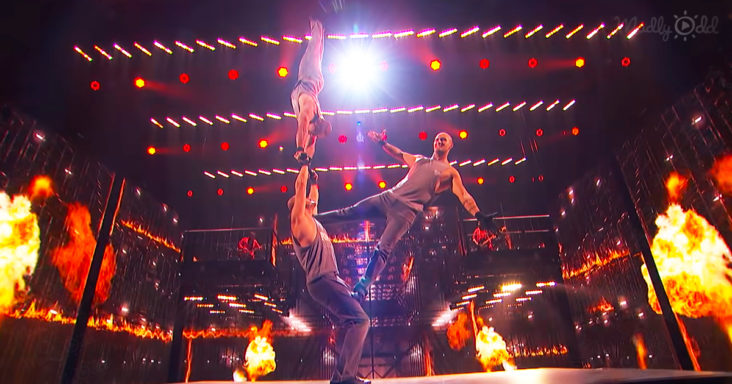 If you were an avid follower of America’s Got Talent, you would find Rialcris familiar. The group of three brothers is a gravity-defying, hand-balancing act. These brothers are Ricardo, Alejandro, and Cristian.

All born in Bogota, Columbia, the trio have lived in Mexico for more than 21 years. After their parents divorced, the brothers joined the circus, where they have been honing in their balancing skills and craft.

Known as the Colombian sexy hand balancers, the team claims to be on a mission to make their country proud. After some nail-biting auditions, they did just that. Since the edition, they’ve been churning out incredible feats.

Their newest performance in America’s Got Talent made everyone wanted to hug the brothers. The routine began with Ricky balancing on Alex’s head using only one hand. Then Alex slowly rose to make it even more dangerous.

As Alex was standing up, the third brother, Cristian, was likewise planning his move. As Cristian extended his arm to connect with one of Alex’s hands, holding onto it for balance, the audience looked very impressed.

But the trio saved the last trick for the last show, and it was mind-blowing. Cristian balanced on Alex’s feet, and Ricky did a handstand, then a headstand without using his hands. At that point, it became unbelievable.