Firefighter Adopts Baby Girl After Delivering Her And Learning Mom Couldn’t Keep Her. 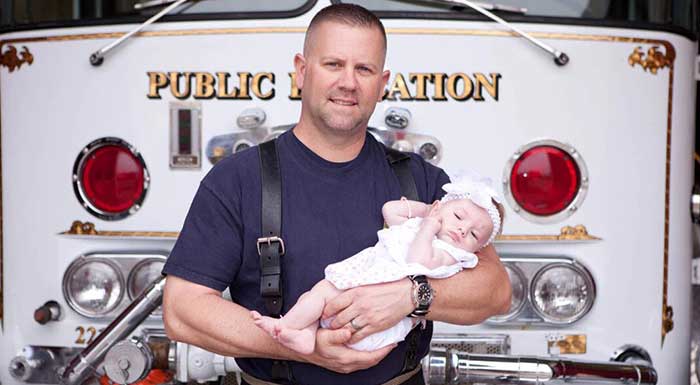 Firefighter Adopts Baby Girl After Delivering Her And Learning Mom Couldn’t Keep Her.

Firefighters and paramedics do something on a regular basis that so many of the rest of us just cannot do. They save lives. They say that that’s just their job, but sometimes, it’s more than that. Much more.

In Myrtle Beach, South Carolina, Mark Haden and his wife were praying for another child. They already had two, but desperately wanted another bundle of joy. For some reason, it just wasn’t happening.

Then, on a crisp November day in 2011, John’s fire department, which had been off call all day, was dispatched to help a woman in severe pain.

When they arrived, it was clear to them that she was pregnant and the baby was about to be born. There was no time to take him to the hospital. Whatever was going to happen is going to happen now.

Before the team could cut the woman’s clothes, that baby was on the way. And, suddenly, she became a girl. And Mark kept it. Later, at the hospital, Mark learned that the woman was homeless and wanted to give up her child. And he jumped at that opportunity.

Two days later he took little Gracie home, and soon after that the adoption became official.