Skip to content
Home » During a show, Harvey’s wife burst into tears when Steve said this to her..

During a show, Harvey’s wife burst into tears when Steve said this to her.. 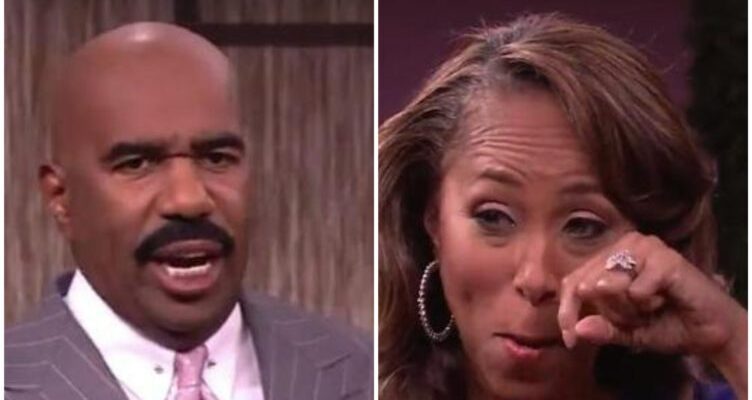 Steve Harvey is a famous comedian and TV host! He has been entertaining people for years.

Harvey succeeded in many aspects of his life, and one of them is his marriage to Marjorie Elaine Harvey. Steve Harvey adores his wife and is always extolling the virtues of his family.

On a Mother’s Day episode of the Steve Harvey Show, the comic asked his wife to join him.

Harvey had requested Marjorie to be present to assist him in paying respect to a «special mother» in his program, but he had an additional purpose.

«I have a confession to make,» Harvey informed his wife in front of his audience.

Marjorie was taken aback. What might this enormous secret be?

The audience erupted as Steve disclosed his secret: he invited Marjorie to the event as a unique gesture to thank her on Mother’s Day!

Marjorie recognized that her whole appearance on television had been part of her husband’s plan. Harvey went on to tell the world how he met his wife. It was love at first sight for Harvey.

While we’ve all heard the expression «when you know, you know,» Harvey knew Marjorie was destined to be his wife the first time he met her.

«I desired to tell you…from the time I saw you…the first thing I said to you ever was…’I’m going to marry you one day,’» the comic stated on stage to his wife.

While the comedian took a few years to follow through on his promise, he ultimately did. He said that everything occurred just as it should have and that since meeting his wife, he no longer merely survives, but enjoys each day to the utmost.

Steve understands that he would not be who he is today without Marjorie. When he met his wife, he felt a feeling of pleasure and tranquility that he hadn’t had in years.

The tale of Steve and Marjorie shows us what unconditional love can do to people.

Leave your opinions in the comments section and share this with your friends and family to see what they think!