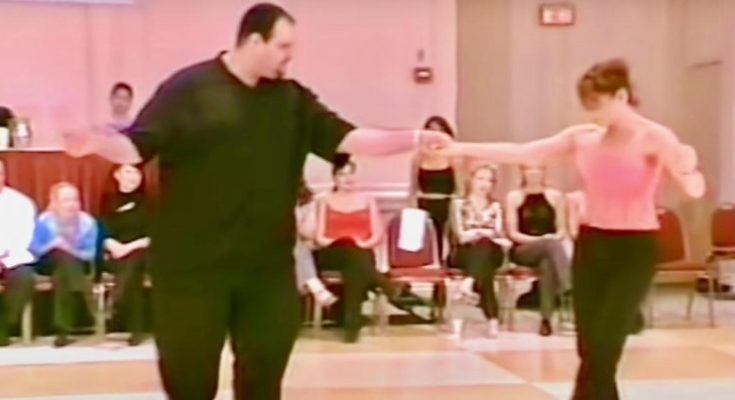 During the ’90s in a West Coast Swing Competition when John Lindo stepped on to the stage with his partner Deborah Szekely, people were not expecting much because of his weight.

Then, both he and his partner went on to become the winner of this West Coast swing Jack and Jill competition. This is where he earned his name and recognition.

John Lindo is a true joy to watch. Lindo has been a dancer for more than two decades, getting his start in the genre of country-western. He then moved to West Coast Swing dancing, where he has found great success.

West Coast Swing involves two partners dancing together in perfect harmony. As the name suggests, the type of dance got its start on the West Coast of the US. With a nod to the Lindy Hop, West Coast Swing hit the scene in its current form the 1960s, as is mentioned in the history of West Coast Swing.

Lindo also boasts first-place finishes in the Grand Nationals, the U.S. Open, and the Phoenix Champion of Champions finals, according to his website.

While dancing on stage is his first love, the New Jersey-based Lindo also teaches dance courses, judges various competitions, and helps other dancers to choreograph their routines. Lindo is so popular that he has traveled all around the globe spreading the love for this type of dancing.

One particular video has already been watched by over six million viewers, making it a true testament to Lindo’s fame. In this clip, Lindo and his partner Deborah Szekely take to the stage to dance the classic West Coast style. Another video of Lindo’s dancing has garnered over nine million views.