Skip to content
Home » Cop Receives Note From 9-Year-Old Boy, Reads It, Jumps Out Of His Seat

Cop Receives Note From 9-Year-Old Boy, Reads It, Jumps Out Of His Seat 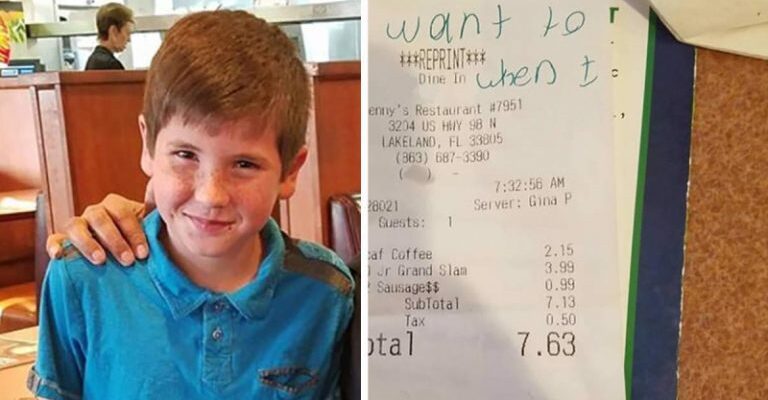 When a nine-year-old boy delivered a “secret note” to a Florida police officer at a Denny’s restaurant, the surprised cop immediately jumped out of his seat.

Noah Smiling and his mother went to the local Denny’s for breakfast on a special day. It was the day when parents bring their kids to work, and it made Noah think about what he would like to do when he “got big” and had to work himself. Noah had a dream, he wanted to become a police officer when he grew up, and he happened to spot a cop in the restaurant that day.

The boy asked his mother if he could go and say “hi” to policeman Eddie Benitez, who was also dining at the restaurant. Of course, his mom agreed, but when Noah started to approach Eddie, he became so nervous that he didn’t dare say anything. He decided to come up with a new plan, and luckily, Noah had some birthday money in his pocket, according to Insider. 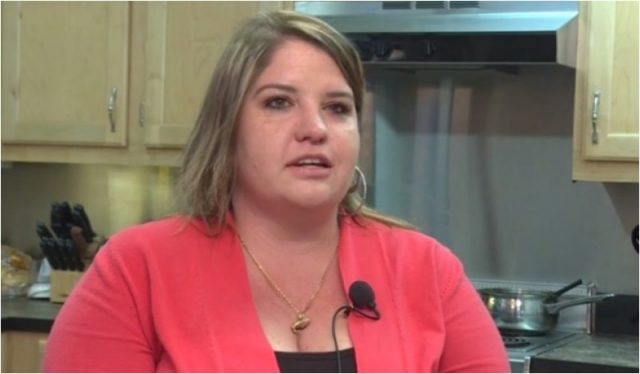 Amanda Cantin, Noah Smiling’s mother (Credit: Screenshot)
Noah’s proud mom, Amanda Cantin, agreed and helped him spell out a special message on the receipt after they paid Eddie’s bill. Noah then took the receipt and approached the policeman. Officer Benitez saw the boy coming with his receipt, and at first, he was confused as to what was happening.

However, it all became crystal clear after reading what Noah had written. The nine-year-old boy’s note on the receipt read, “I want to be you when I grow up. Thank you for your service, Noah.” Officer Benitez, who was so moved by the event that he described what happened to the local news station, immediately jumped out of his seat. 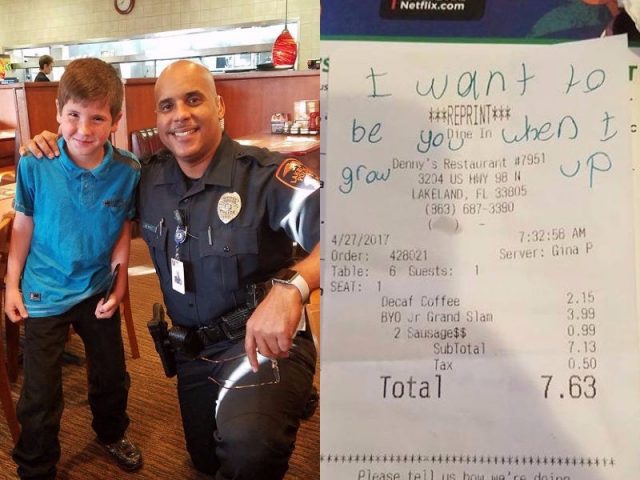 Noah Smiling & Officer Eddie Benitez (left), Note on the receipt (right) (Credit: LakelandPD/Screenshot)
“He hands me the tab, you know, and I look at him and I look up the tab, and I’m like, wait a minute,” Officer Benitez told 10News. “I put my glasses on and I read it. Can I read what he wrote? I’ve got it right here, ’cause I’m gonna keep it as long as I can.” After hearing what the note said, the reporter asked, “Sometimes police officers take a lot of flak, and you see him with this big heart coming forward and giving you that piece of paper, what did it mean to you?”

“It meant everything,” Officer Benitez responded. “It meant that I’m supposed to wake up every morning and put on his uniform and go out there and do what I do. You know? It means that I need to keep trying to be a good example to all these young guys.” 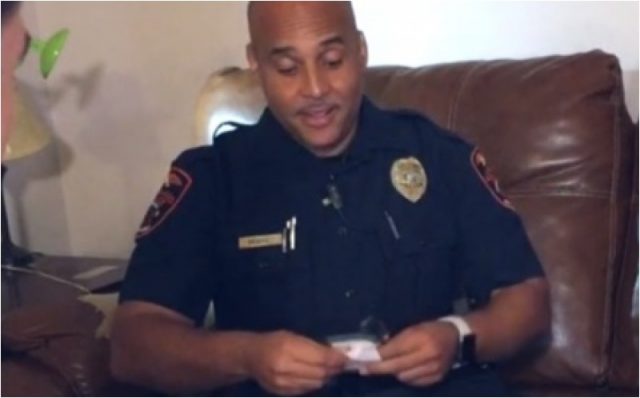 Officer Eddie Benitez reads Noah Smiling’s note (Credit: Screenshot)
Before Noah and his mom left the Denny’s restaurant, Officer Benitez asked if they could take a picture together to memorialize the event. It later appeared on the Lakeland Police Department’s Facebook page. The story was shared with the entire department to inspire the men and women in blue who help protect our streets every day.

A few days later, the policeman and Noah were reunited. The local news station brought them together at Noah’s home to share their heartwarming story. With so many horrendous incidents to report on every day, the local station wanted to bring a positive story about their local police and a little boy with a good heart to their viewers. 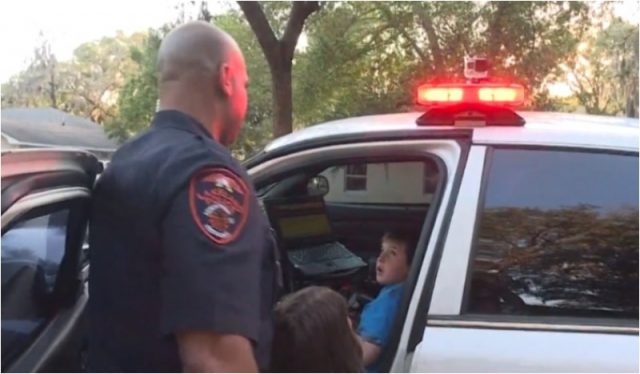 Officer Eddie Benitez paid Noah Smiling a visit and allowed him to sit in his police car. (Credit: Screenshot)
Only police officers and their families understand the gravity of their work. Many don bulletproof vests every day as they start their shift. Every officer who works the streets knows this might be the day they don’t come home to their loved ones. Most police stations post this prayer in the locker room so officers can read it before they start their day:

When I start my tour of duty God,
Wherever crime may be, As I walk the darkened streets alone, Let me be close to thee. Please give me understanding with both the young and old.let me listen with attention until their story’s told.Let me never make a judgment in a rash or callous way,
But let me hold my patience let each man have his say.Lord if some dark and dreary night,I must give my life,Lord, with your everlasting love Protect my children and my wife.

Knowing the dangers that police officers place themselves in to protect and serve others as well as the criticism they often receive, it’s nice to see them being supported, recognized, and honored in such a sweet way. This boy will be a fine police officer when he grows up.f

A janitor adopts a baby he found on an airstrip, his mother reappears on his 18th birthday
Henry, 41, was a widower with four children.
0690