Although David “Rocky” Barlett and his beloved woman Evelyn Adams had been living together for the last twenty-two years, they never officially tied the knot. Part of the reason for their hesitancy to get married was that they were homeless, living in a dire encampment outside of a Florida town. Now, however, the local community has learned to love the homeless couple and even threw them the wedding of their dreams, so the pair could officially celebrate their love for one another as a married couple.

Evelyn and Rocky were not homeless throughout their entire romance. Things took a turn for the worst in their lives about three years ago, which was when they had to abandon their lives in a home and live in an encampment in a wooded area of Florida. Now, they’re married and looking to take charge of their lives and make more out of their future together. 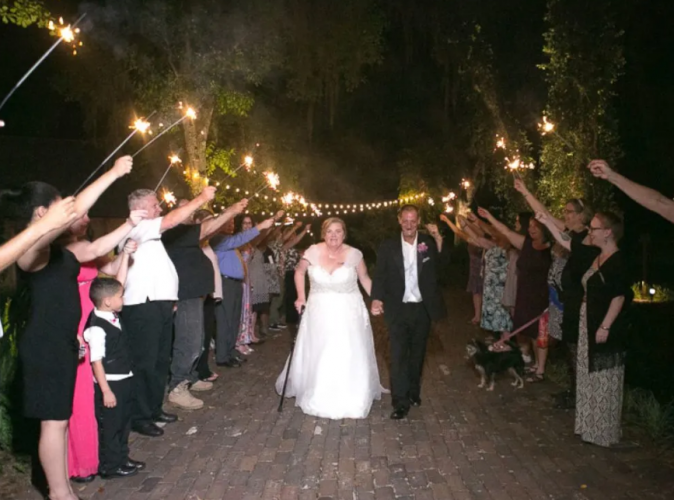 “It was a Cinderella story,” Evelyn told ABC News. “It was the happiest moment of my and Rocky’s life. I was breathless.”

The community of South Tampa, where they had been living in a wooded area without permission from the local government, united around the lovebirds and helped them have the wedding they had always dreamed of having. The crux of the celebration came when the owners of Cross Creek Ranch in Dover, Florida, heard about the couple’s sad story and decided to throw them a wedding for free. 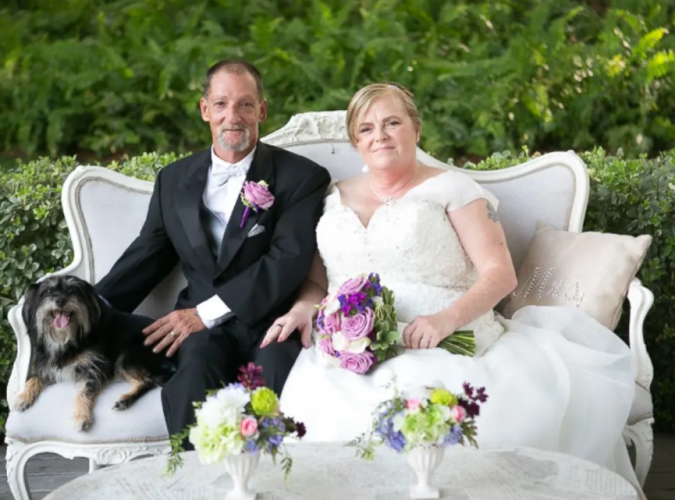 “It has been so moving to see how excited they are, and it has been as much a gift for our staff, myself, my husband, and our staff as much as it is for them,” said Bonnie McSharry, owner of the Cross Creek Ranch.

As soon as the rest of the Florida community learned that the homeless couple was getting married, people started donating all sorts of things to make it a reality. Evelyn was given a dress. Rocky was given a tuxedo. Then someone donated flowers, food, and drinks to make the celebration special.

Nancy Spooner, director of weddings for Cross Creek Ranch, admitted that her job would have been impossible if it were not for the help of people in the community. 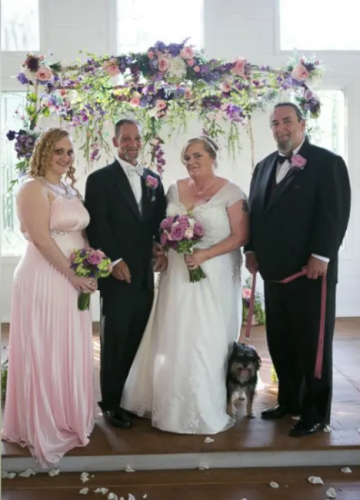 “We didn’t do this all ourselves,” Spooner said. “When we started making calls to caterers, photographers, florists, and other vendors — before we could finish asking them for stuff, they were already ready to donate. They were like, ‘You need a cake? You got it!’ Or ‘You need rings? They’re on the way.’”

If the couple were to thank anyone particular person, it would be Tampa Police’s homeless liaison officer Daniel McDonald. He was the one who helped share their story.

“We do have a lot of challenges working with the homeless, so it is nice to have a victory like this. It is nice to see them happy and starting a new chapter in their life,” McDonald said.

“We literally stayed up till 3 am this morning just looking in amazement at everything we have,” Evelyn said. “It’s like a mansion. We are so grateful to be able to get this new, fresh start to our lives.”