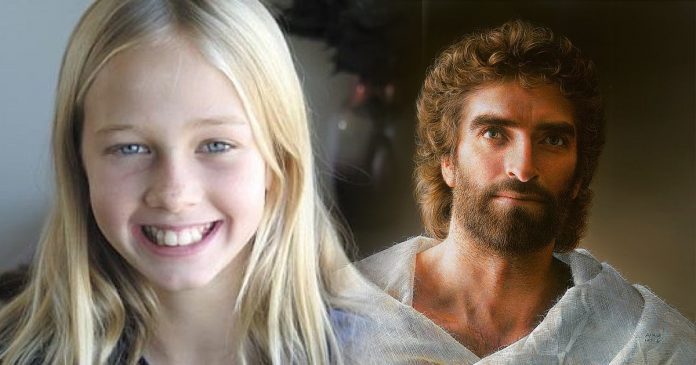 Child-prodigy Akiane Kramarik, who painted visions of the “true” Jesus she saw in her dreams, discovered her special talent at the tender of age of The talented artist was even invited on The Oprah Winfrey Show for her first TV appearance by the time she was 10! When on the show, Akiane told Oprah she believed her special skills were given to her by God.

Although she was born to Lithuanian atheist parents, Akiane was sure her visions and vivid dreams were real. One of her most popular works is a breathtaking portrait of Jesus himself, called “Prince of Peace” which she completed at the age of 8.

Akiane said as her visions are like dreams, they quickly lose clarity, so she tries to capture them as soon as she can. She described God as “like a bow of light—really pure, really masculine, really strong, and big…His eyes are just beautiful,” in an interview with CNN when she was 12.

Another image she painted of Jesus is named “Father Forgive Them”, which shows Jesus with his arms raised in the air to his Father in Heaven.And describing heaven, Akiane said its vibrancy and beauty is unimaginable by anyone on earth.
“All of the colors were out of this world. There are hundreds of millions of colors that we don’t know yet. The flowers there were crystal clear …” she told CNN. Akiane calls her stunning creations “the paintings of Jesus”. Now 22, the gifted artist, from Illinois, the United States has amassed a fortune of millions through her talents. Akiane hopes to one day build a hospital in Africa and help others with the gift she believes she has been blessed with. What a talented and inspirational young lady!