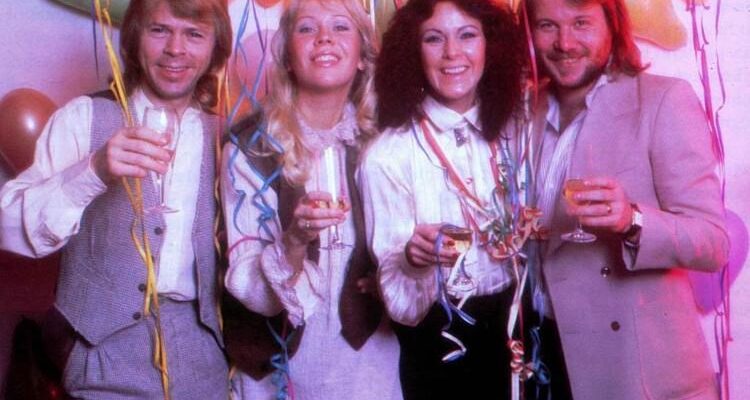 The history of the Happy New Year song, which is now one of the most popular New Year’s songs, did not develop as smoothly as one might think. It originated from a joke track written by the musicians from ABBA for an unrealized project, and then it took her almost ten years to become an international hit.

Not everyone knows that the text of the song, without which the New Year’s Eve is rarely complete, is not only not joyful, but even pessimistic and somewhat gloomy. Let’s start with the fact that “Happy New Year” was not written for the New Year holidays, as is often the case, but shortly after them.

It happened in January 1980, when Benny Andersson and Bjorn Ulvaeus were vacationing in Barbados. There they met John Cleese of the comedian group Monty Python. They suggested that he create a cheerful musical about people who, on the eve of the New Year, are taken to philosophize and discuss various important issues.

They even wrote the song Daddy Don’t Get Drunk on Christmas Day for this production. Cleese was not interested in the idea, and he refused to cooperate. Accordingly, the musical was not born, but the composition mentioned above was recorded as a New Year’s song, which the members of the ABBA group had long wanted to diversify their repertoire. Of course, they rewrote the text, making it lyrical, and changed the title to a banal, but win-win version of Happy New Year.

The lyrics of the song are frankly sad, and many believe that Happy New Year is dedicated to the separation of Agnetha and Bjorn. And the last verse makes many people think that the composition expresses the uncertainty about the future, which usually covers people before the start of each new decade. In general, it is by no means a festive song, which, nevertheless, is traditionally heard in many New Year’s shows.

Happy New Year was the first track recorded for the album “Super Trouper” (1980), but it was not released as a single in English-speaking countries at that time. But a version of the song was released in Spanish, which was called “Felicidad”. He reached the fifth line of the Argentine chart. In 1999, “Happy New Year” was finally released as a single in many European countries and in some of them took high positions in the charts.