What father does not like to have hobbies in common with his children? Whether it’s painting, riding a bike, playing soccer or any other activity, it’s something that greatly unites the relationship between the two family members. And that’s what happened to our family couple that we present to you today.

British talent show Got Talent was lucky enough to witness a superb audition from father and son Tim and Jack Goodacre, aged 43 and 12 respectively. The two are in perfect harmony, and with their performance they showed that they have an undeniable talent and a desire to create impressive music. In fact, they sang a single created by them, “The Lucky Ones”, with which they made the jury and the surrender of the public. Before his audition started, Tim explained why they wrote “The Lucky Ones.” He replied, “We’ve all had family losses and things like that, and as father and son, it’s a family song. It’s about us.

After his father’s explanation of him, Jack spoke up and commented, “That’s how lucky we are to have what we have.” This feeling of gratitude is exactly what gave the couple the courage to sing “The Lucky Ones” in front of the judges, the live audience and the rest of the world. With a little pressure from what they had just said, Jack and Tim began to sing on stage. What flowed from their mouths was too beautiful to be described in words. Even though it was clear that the public loved “The Lucky Ones”, what did the judges think? It was the moment they had been waiting for so long: Simon Cowell and his golden bud. Don’t miss the following video to see how they reacted to it. 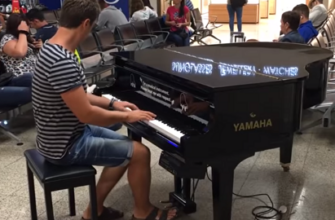